The popular saying money talks has really been proven right as Nigerian top star Davido has shocked his baby mama Chioma with an expensive watch.
In a video sighted from Davido’s Instagram story, he is seen having fun with Chioma in a club. Wishing his baby mama a “happy early Valentine’s day” with love emojis as his caption.

Davido Shared the image of the diamond watch he bought for Chioma as a valentine’s day gift which costs 6 million naira.
The couples relationship have been on the verge of collapsing after series of rumors broke lose but it appears they have beat all odds to be together 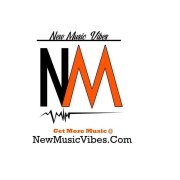 With Product You Purchase

Home for christmas_Jesusfreakhabila(Prod by Habila)

(iamNATH) 👉PAYING A BLOGGER TO PROMOTE YOUR SONG IS NOT ENOUGH.

This widget requries the Arqam Lite Plugin, You can install it from the Theme settings menu > Install Plugins.

With Product You Purchase